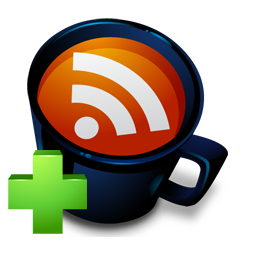 Since version 1.2 there have been several releases of WPeMatico FREE & PRO plugins, testing the automatic updates and many other new features that were added to the free version and the Premium.

Notable among these are true functions using CURL optionally for obtaining remote files either for full content or images. Testing several alternative methods if any fails.
Better treatment of image names in repeated files is also achieved.
The title links to the source site was broken with new filters added in the last WordPress theme and this was also solved.
Also solve some fields with regular expressions were saved wrong.
Custom filters are added to extend the capabilities of the plugin. So you can modify the file extensions allowed, the names of the images obtained, as well as the fields before inserting the post. (There is an example at the end of this post to remove HTML tags from the titles of the posts.)

Password encryption is added to the Settings page in the case of sending emails using SMTP. But because of this many servers began to treat this file as a hack attempt and erased the file settings_page.php

This was very frustrating as looking plugin security, this file was treated as infectious and deleted without notice in many cases.
To solve this new functions were created to encrypt and decrypt the password. Thus removing false positives given by the antivirus.

In this latest version 1.2.5.1 white screen that was obtained in the Settings page, in smaller versions of PHP 5.4 is solved. This error was taken for a PHP function used in the page that started in the PHP version 5.4 and then was replaced by a custom function.

In the wordpress support forums they were asked to remove HTML tags that bring the titles of some feed.
https://wordpress.org/support/topic/strip-out-html-tags-in-rss-feed-title

This feature is included in the PRO version, and you can select the option within each campaign. But you can also do with a specific function for new filters added, as follows:

Functions.php file in your wordpress theme, add the following code:

Get the complete package of all addons for WPeMatico!

The most wanted addonss included with more than the 35% of discount!

WPeMatico from free to all addons.

Other extensions built specifically for EDD to customize its functionality.